In many cultures, eyes are not simply just acting as an optic organ or playing a huge role in non-verbal communication. In the myths of Ancient Egypt, the Eye of Horus had magical power of bring the dying back to life. While Ancients Greek and Roman believe that mysterious power could go through eyes so the vision have powerful effects that would change a people’s fortune and even destiny. If someone was cast by the evil vision from a jealous person, who believes that the other person does not deserve the life/item (whatever they are jealous of) they have, he or she is vulnerable to get hurt, illness, or even end with death, or lose precious items.

To counter the evil eyehttps://www.joycenamenecklace.com/products/evil-eyes-custom-name-necklace, Ancient Mesopotamians believed in the water remedies, while Turkish ancestors created the Nazar Boncuk charm, also known as the Turkish evil eye. The point of the amulet is to repel evil spirits and keep you safe from harm. So, it is not to have good luck; it is all about protection. People began to hang the amulet almost on everything from their pets to their children, and put them around the house. Over time, when the charm became wear and broken, Turks regarded it as a meaning that the charm has completed its duty that successfully kept you safe and sound.

By now, even though some still believe in this kind of supernatural power mentioned in their culture heritage, most of people would rather consider it as a mere trinket or fashion statement. In the last decade, evil eye imagery has most frequently appeared in the world of fashion. Kim Kardashian has been photographed on numerous occasions sporting bracelets and headpieces featuring the symbol, while fashion model Gigi Hadid launched the EyeLove shoe line. 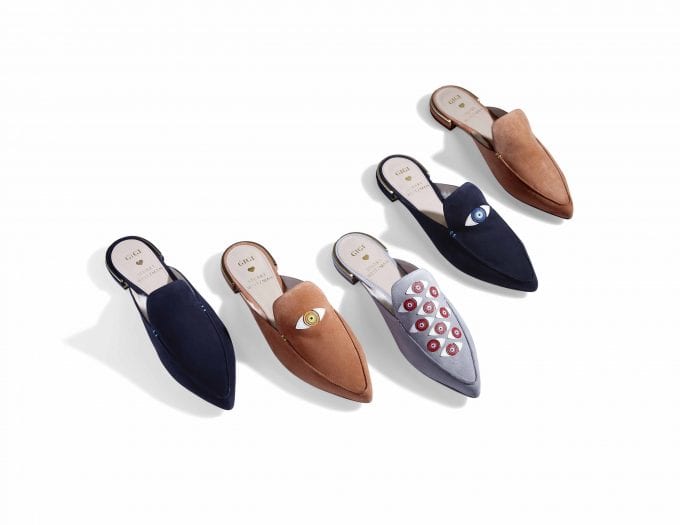